Share :
VINCI Construction, through its subsidiary Sogea-Satom, was selected by the Côte d’Ivoire Ministry of Equipment and Road Maintenance to restore a stretch of the “Coastal Road” between Dabou and Grand Lahou, connecting the country’s two main port cities (Abidjan and San Pedro).

The project involves restoring 93 km of road, widening the road over a 10 km section ahead of Dabou, and improving the drainage and wastewater network to reduce the risk of flooding. The wells drilled as part of the project will eventually be connected to the public water system that serves the town of Toupah in the Dabou department.

The project, which is worth €97 million, will last 15 months, involving on average 450 people, 50% of whom will be employed as a priority from the local region.

Renovating this road will enhance safety and reduce congestion between these two major cities, as San Pedro prepares to host the Africa Cup of Nations in 2023.

Sogea-Satom has operated for many years in Côte d’Ivoire, working in particular on upgrading the fishing port in Abidjan, bolstering the drinking water distribution system in Abidjan, building the Songon and Saint Viateur drinking water treatment plants, building a road connecting Bouaké and Ferkessédougou, and building the Yamoussoukro stadium, where games will be played as part of the Africa Cup of Nations in 2023. 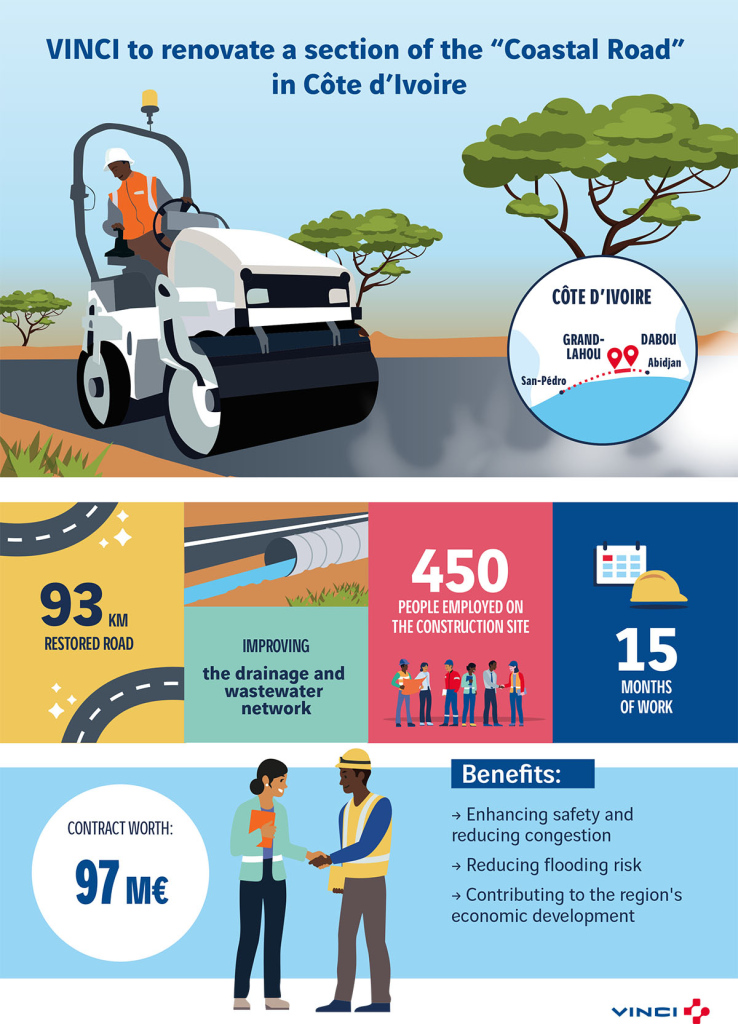